"Taking a page from Robert Heinlein’s classic juvenile novels, Dispensing Justice is a story set in a science fiction/superhero universe and features a clique of smart and likeable teenagers grappling with complex (adult) issues."

"The characters are entirely grand [ . . . and ] The setting is also a huge amount of fun."

-- Dispensing Fiction a review by Scott Slemmons at HeroSandwich.net

Where you can get Dispensing Justice[edit] 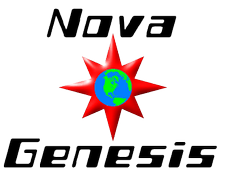