From FritzWiki
Jump to: navigation, search
http://fritzfreiheit.com/wiki/Wonder_Woman_(2017) is best viewed with JavaScript turned on.

Writing a purely heroic character doesn't seem straightforward to me, but recently it's come along. I haven't seen the movie yet, but want to and am curious about this aspect. (No spoilers!)
—Chris Pall

Chris -- I won't claim to be able to answer the question about what makes a character, or real person for that matter, a hero. But it has to start with wanting to make the world a better place and a willingness to work and sacrifice for it. Superheroes have the advantage that their efforts to help people are beyond the ability of us normals.

The problem with Zach Snyder as the source of truth for the DC movies is that his view is that superheroes make the world worse, that they bring more suffering and evil by their existence and actions than they can improve or better the world. This is clearly shown in the Superman movies by Mr. Snyder. Superman clearly causes far more suffering and damage in the films than he ever did in the comics. I for one see superheroes as a force for good. I hope I demonstrate that in my superhero novels.

Superman/Captain America/Wonderwoman from a movie standpoint always seemed to be a challenge: They can't fail in the large, they have to remain "true".

I'm *NOT* a comic-book guy at all, but that's what I always saw as the difficulty with the Superman series (though I loved the Superman movies as a kid) That Captain America and (some versions) of the Superman universe have done well makes me happy. Now we even are going to get a good version of Wonder Woman from the looks of it, and that's exciting.

Chris -- In order to avoid spoilers here, I won't be able to be very explicit. The character arc for Diana (as versus her later identity as Wonder Woman) does provide a transition/challenge unlike the mature Wonder Woman. It has more in common (as I note in my comment on the wiki page) with the first Captain America film. I don't know how deliberate parallel is (probably not deliberate at all, but there is only so much you can do with character origin stories like this). (Go see it, and we can talk more explicitly about it, as I'm interested in your view.)

It's interesting that you put Captain America in with Superman and Wonder Woman, as, at least from the 21st century movie perspective to date, they are very different. Okay, I'm not going to lump Wonder Woman with Superman (quite yet) as the movie shows that a different approach was used. While I always have the "meta-information" that Captain America isn't going to fail by the time the movie is over, there is generally the feeling that things are in question during the course of it. I just don't get that feeling with Superman.

Back to your question/comment about transition/challenge/failure, I think in the MCU that it feels like the characters go through the wringer and come out the other side as better people, even if they end up with PTSD (Tony Stark being an example of this) and the world is better off. In the Zach Snyder rendition of the superhero world, the characters don't feel like they have changed all that much and the world is worse off to boot. This is different in comic-book land as the villains never really go out of the picture, so there seems to be an ever increasing villain-entropy effect. 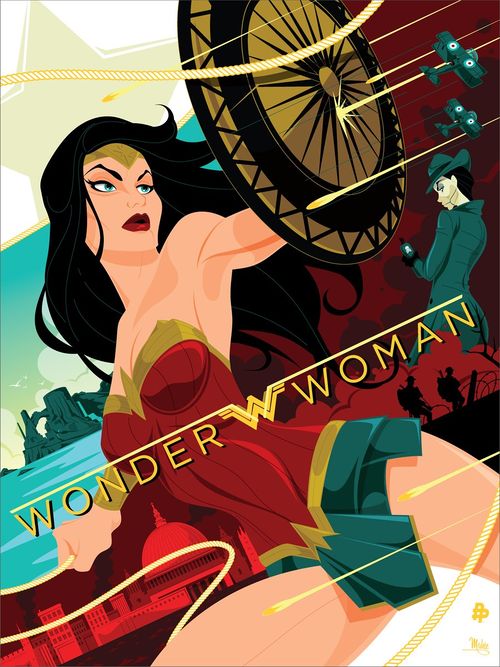