From FritzWiki
Jump to: navigation, search
http://fritzfreiheit.com/wiki/MacGuffin is best viewed with JavaScript turned on.

A MacGuffin (sometimes McGuffin) is a plot device that motivates the characters or advances the story, but has little or no actual relevance to the story.

The director and producer Alfred Hitchcock popularized both the term "MacGuffin" and the technique. According to the Oxford English Dictionary, Hitchcock explained the term in a 1939 lecture at Columbia University: "[We] have a name in the studio, and we call it the 'MacGuffin.' It is the mechanical element that usually crops up in any story. In crook stories it is most always the necklace and in spy stories it is most always the papers." (Source: MacGuffin at Wikipedia )

An external constraint (object, fact, person) whose sole dramatic purpose is to force a character or characters into actions which serve the writer's dramatic theme. Examples: The Maltese Falcon, The Grail in King Author's Knights, or Helen of Troy (but not the One Ring in Tolkien, as it actually does things). -- (Alfred Hitchcock) (e)

Not MacGuffins (but frequently mentioned as one) 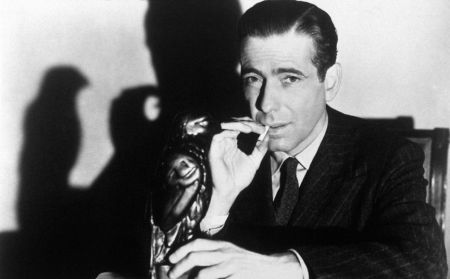